Lazy Keto: What is this simplified alternative to the keto diet?

The keto diet, which is low in carbohydrates and high in fat, promises significant and rapid weight loss. But this strict slimming regimen is not without danger. Focus on the lazy keto, which is another way to enjoy the benefits of the ketogenic diet. 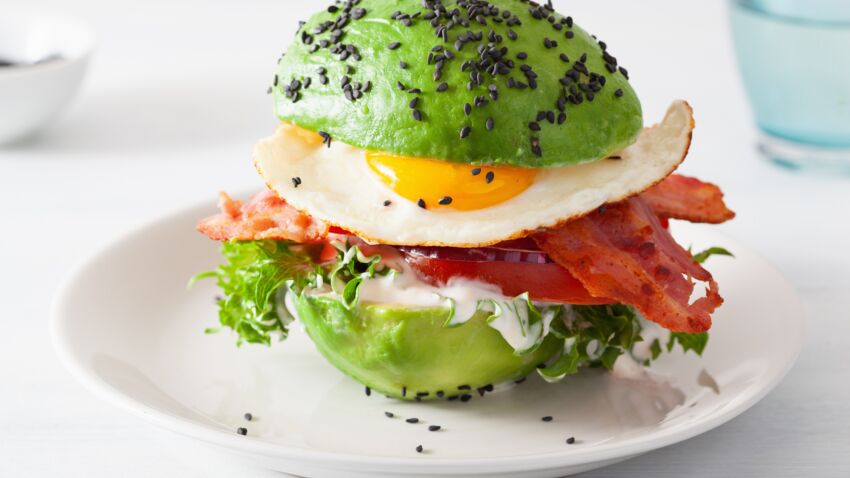 Quick Weight Loss, Fewer Pounds on the Scale: This is what the ketogenic diet, which aims to drastically reduce carbohydrate intake, promises in favor of high-fat foods. But the lazy keto diet, an alternative to this slimming diet, seems to be gaining more and more followers. What is this simplified version of the keto diet?

What is the keto diet?

The ketogenic diet, also known as the keto diet, or low-carb diet is a restricted weight loss diet, originally developed for people with epilepsy. It consists in eliminating carbohydrates as much as possible from your diet in favor of foods rich in fat.

To get into the so-called 'ketogenic' diet, we basically remove starchy foods and sugary products from our meals. The point of this massive reduction in carbohydrates that puts the body into "ketosis"? Having the body change its "strength" (energy source), replacing carbohydrates with fat, in order to lose weight.

This slimming system is based on a careful distribution of food:

Foods allowed on the keto diet are:

The ketogenic diet: What are its risks?

A strict ketogenic diet is a slimming diet that promises significant and rapid weight loss, but this way of eating is not without danger to the body, as some nutritionists point out.

Studies have shown the benefit of this type of low-carb diet in preventing and developing some diseases, such as:

However, a ketogenic diet, which is practiced long-term, causes the diet to be significantly unbalanced and can lead to significant deficiencies in minerals and vitamins. Ketosis also puts you at risk of bone demineralization and dehydration.

Lazy keto: The simplified version of the keto diet?

To lose weight quickly, a keto diet, which is especially restricted, can be effective. For people who want a "simplified" version, there is a diet called the "lazy keto" diet, which can be translated as "the keto diet for lazy people."

The lazy keto diet is based on the same principle as the classic ketogenic diet: more fat and less carbs in the diet. the difference ? If we drastically reduce the amounts of carbohydrates on the plate (less than 10% of our daily calories), we focus less on the amounts of protein and fats we consume, which will prevent us from entering a state of ketosis, as defined by Dawn Jackson Blatner, a registered dietitian. Good Morning America website.

And according to the specialist, this simplified version of the ketogenic diet can prove effective, even without going into ketosis.

“People who cut carbs heavily and pay special attention to their diet can still end up losing weight and feeling better, but they may not get there with true ketosis.” , she explained.

If you want to embark on a "lazy keto," dietitian still recommends watching the amounts of protein you put on your plate, for a more balanced diet, despite the carb restrictions.