Green beans are rich in fiber and vegetable proteins, and are also beneficial for health. Overview.

Do you know ? Green beans are a plant native to South America: they were already cultivated in Mexico and Peru several thousand years ago, and the great explorers, Christopher Columbus, brought them back to Europe. 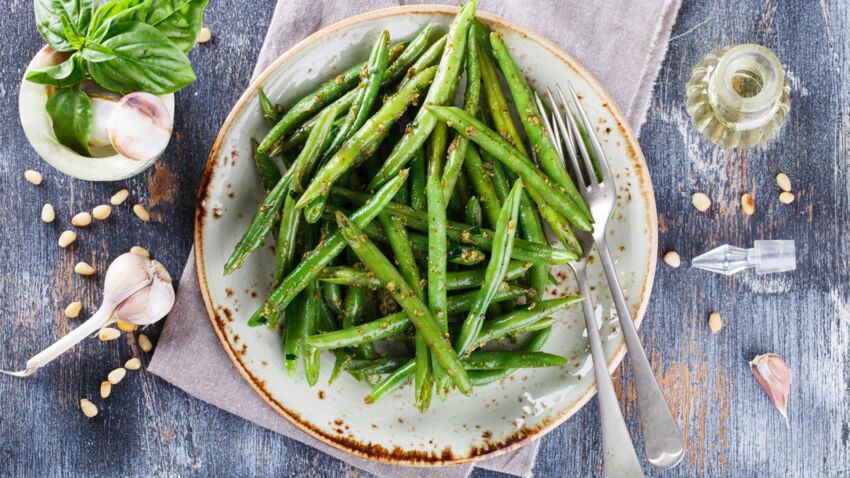 In the sixteenth century, it was Queen Catherine de Medici who introduced green beans to the court of France: however, this vegetable was not so popular as it was accused of disturbing digestion ... In the eighteenth century, green beans gained great popularity, as Thanks to the Italians who rejected it through many recipes. After that, green beans became the favorite vegetable of Emperor Napoleon Bonaparte ...

Green Beans: What you need to know about this vegetable

Green beans: what is the season? While canned or frozen green beans can be found year-round in supermarkets, the high season for fresh green beans begins in July and ends in September.

In France, green beans are grown mainly in the western regions, especially in Brittany, Pays de la Loire and Aquitaine. France produces about 25,000 tons of green beans every year: it is the number one producing country in Europe. On average, the French consume 4 kilograms of green beans per year.

to know. A distinction is made between ultra-fine and extra-fine green beans according to the degree of maturity of the vegetable and the width of the capsule. So the green bean is always picked before ripening: if left to ripen, the pods become fibrous and the seeds harden. Concretely: “Green beans are old” .. and indigestible!

Well...green beans aren't necessarily green! Depending on the variety, there are green, yellow or purple beans, the size of which varies from 8 to 20 cm.

Green beans: What are their nutritional properties and health benefits?

Green beans are very low in calories. With only 29 calories per 100 grams, green beans are the slimming vegetable par excellence. Moreover, it is mainly composed of water (about 90%).

Green beans are rich in fiber. Green beans contain about 4% dietary fiber, or 4 grams per 100 grams. So it can help in cases of slow transit or chronic constipation.

Green beans contain vegetable proteins. Green beans contain more protein than the average green vegetable: about 2 grams per 100 grams. So it is a preferred ally if you are following a vegetarian or vegan diet. It's also very filling: an advantage for people who tend to snack between meals.

Green beans burn fat. In fact: in green beans, there is vitamin B2 (or riboflavin) that is involved in energy metabolism, that is, the consumption of calories at rest.

Green beans are good for the eyes. Green beans contain antioxidants (specifically: carotenoids, lutein, and zeaxanthin) that protect the eyes from age-related diseases - such as AMD.

Green beans: how are they cooked?

be careful ! Green beans are made up of 50% starch, and they cannot be eaten raw: they must be cooked!

Cooking green beans is quick and simple: 5 to 7 minutes with steaming, or 12 minutes in boiling salted water. If you cooked green beans in water, run them under cold water and drain immediately to keep them crispy.

Enough for 4 people. Soak 600g of green beans for 10 minutes in a saucepan of boiling salted water. Drain and cut it in half. Brown 2 tbsp. in s. sunflower seeds and 2 tbsp. in s. Peel the hemp seeds in a pan without letting them black. Whisk 2 tbsp. in s. olive oil with 1 tbsp. c. mustard, 2 tbsp. in s. of wine vinegar, salt and pepper. Put the beans in a salad bowl, pour over the vinaigrette, mix gently and sprinkle with seeds. Her feet are warm.