One of the favorite muscles of most bodybuilders. Getting big biceps can be daunting for beginners. So, if we can save time with effective biceps exercises, read on. 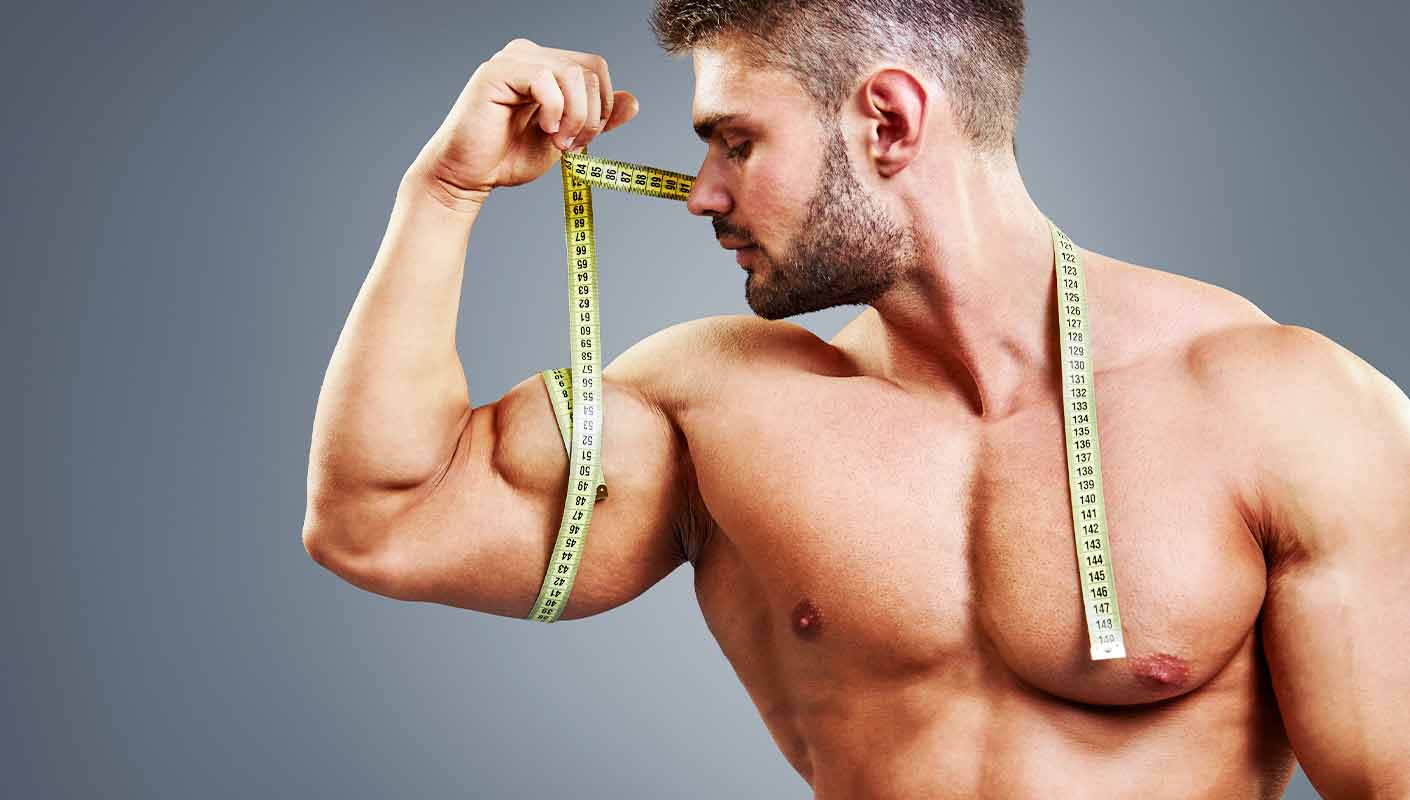 You sure know this, but bodybuilding moves need to be executed pretty rigorously (biceps exos too) by changing intensification techniques, repetitions, and rhythm in order to shock the muscles and create new muscle fibers.

The biceps muscle is considered a small muscle, and it is often trained with a large muscle group or the antagonist (opposite muscle), the triceps.

You wouldn't think of it that way but the arm muscles, finally the arm muscles are numerous. The biceps allow you to flex the elbow, forearm or shoulder.

The biceps brachii muscle is located in the front of the arm and is located between the shoulder and the elbow. The biceps brachii is a flexor muscle of the arm and raised (palm). It consists of two parts, the short head and the long head inserted at two different inserts. The short head goes from the humerus (coracoid) to the radius while the long head extends from the scapula (glenoid) to the radius.

The radial brachii muscle is one of the main muscles of supination. Also called supinator longus, it goes from the lower part of the humeral paresis to the radial styloid. It is a muscle responsible for flexing the forearm and one of the three elbow muscles along with the brachialis muscle and the biceps brachii.

Top 5 exercises to include in your arm strength program

Straight bar curls, an essential exercise for having big arms.

This is the perfect exercise for building biceps, and is the basis for having a big biceps. The basic exercise for the arms, the movement is simple and effective. It is probably an exercise that all strength athletes will perform on their cycles.

This arm exercise helps develop the biceps brachii, the long and short head. The brachialis is also required for this movement. Thanks to this curl bar, you can develop muscle mass in the biceps.

Stand with a barbell in your hands, hands more than shoulder width apart. Bend your forearm while bringing the bar to your chin. Come down slowly. Remember to tighten your stomach muscles and keep your chest straight. Avoid pelvic movements that may result in a tricky movement with fewer effects on the biceps. Prioritize rigorous movement.

Do a set of 10 reps until failure. Intensification techniques can then be used with an isometric phase in the middle of the movement (2 seconds of blocking). Another highly effective method for developing biceps is to slow the movement through the concentric or eccentric phase.

This arm exercise with exo dumbbells is interesting for developing very thick biceps and forearms. It's a fairly basic and fun exercise.

The muscles used by the dumbbell curl hammer.

This biceps exercise primarily engages the radial, brachialis, and biceps muscles. It is the best exercise to strengthen the forehead (radial humerus). As with most braids, the tension is greater at the beginning of the movement.

Standing, arms along the body and hands in pronation, forearm flexed while keeping the hand in pronation. Alternate one arm at a time.

Tips for getting ahead with hammer curls

We give you two little tips to quickly progress this movement and strengthen your arms. Do the pyramid by connecting 20 - 15 - 10 - 8 - 6 chains with 1" 30 minutes of rest between each chain. Thus, you stimulate both hypertrophy and hypoplasia. Another tip when performing the movement with one arm, and at the same time hold the dumbbells at 90 degrees with the other arm, then switch.

This arm exercise is very effective. Less well-known than the previous arms exos, it deserves its place in the top 5. With this tough cheat move, all the load is focused on your biceps and you'll feel it pretty quickly.

The muscles used by the straight bar curl on a flat bench.

The biceps exercise works the biceps brachii (short and long). Tension is present throughout the movement.

This bicep exo may sound complicated, but don't worry. Lie on your stomach on a flat bench. (The possibility of placing a weight under the seat to raise it a little). Take the bar, with your hands about shoulder width apart, bend your forearm and bring the bar toward your chin.

Variations in biceps curls on the flat bench.

You can tighten your hands a little without tightening them too much. This will work the outside of the biceps a little more. This move is already painful enough to earn it the title of best biceps exercise.

Tips for Advancing a Curling Barbell on a Flat Bench

The first tip would be to carry out the movement smoothly.

The other tip is to leave the isometric time when your arm flexion is at 90 degrees (about 2 seconds of blocking). The feeling is guaranteed.

This biceps exercise allows you to create a large tension on the long head of the biceps that corresponds to the outer part of the biceps. This move doesn't leave much room for cheating.

Lean on a bench tilted at a 30-degree angle with your back well supported and buttocks on the bench. In the starting position, the arms and hands are aligned in pronation. Bend the forearm and raise the dumbbells by rotating the hands to reach the lying position. Slowly lower your arms.

Differences in biceps curls on an inclined bench

The movement can be achieved by directly starting lying down and performing the biceps exercise without rotating the wrist. Another alternative that brings a little more complexity to this exercise is to keep the arm bent at 90 degrees with one arm while the other arm performs the full motion, then switch.

Tips for progressing the biceps workout with dumbbells

The first tip is in the central phase of the movement, keep the dumbbells in the elevated position for 2 to 3 seconds by forcing the engorgement voluntarily and then slowly lowering the dumbbells.

The second is to simply never cheat, and this biceps exercise makes sense when the execution is perfect.

This exercise isolates the biceps by locking the elbow on the inclined back of the Larry Scott bench. The movement of the lever allows you to focus the load only on the biceps brachii. The Larry Scott curl is one of the best bicep isolation exercises. The peculiarity of this movement is the tension that is exercised at the beginning of the movement.

Sit on the machine with your elbow resting on the backrest and dumbbells in your hand. Flex the forearm. Slowly lower back to starting position. Do all reps and then switch arms.

Larry Scott is a biceps exercise that can be performed with dumbbells, an EZ bar, or even a pulley. With the EZ Curl Bar, you can work with the tightened or spread hand poses to work the biceps inside or out.

This lever action allows for a firm focus on the biceps. For the biceps to progress and develop, a voluntary contraction at the end of the movement is a good thing. The second tip to improve this biceps exo is to have a very slow movement in the eccentric phase.

This biceps bodybuilding program will allow you to safely work out and develop the biceps brachii (bulge of the biceps) and mainly muscle.

The biceps remain a small muscle group compared to the quad or the back. So the number of exercises and sets for each exercise should be limited. 9 sets of 3 exercises seems like a good option. The schedule below should be changed every 4-5 weeks.

Start by warming your upper body with a wand for 5 minutes.

Straight bar curl or EZ bar 3 10 Perform the movement with rigorous execution by performing 10 repetitions of no back movement to assist you.

Perform 8 repetitions of 2 seconds of symmetry in the high phase. Maintain a strict movement.

Incline bench curl 3 12 Reclining on an incline bench, do 12 repetitions from pronation to supine.

* Biceps program is suitable for intermediate and advanced exercisers