In English, weightlifting is a relatively unknown sport. In fact, it is often confused with weightlifting, its cousin. The difference lies in the choice of lifts that are made in competition. In weightlifting there is jerk and snatch. In weightlifting we have the squat, bench press and the deadlift. The goal is to lift as much weight as possible for one repetition. The primary goal is to be as strong as possible in these three lifts. As in the majority of sports, there are federations that regulate the practice of weightlifting. In Quebec, it is the Fédération Québécoise de Dynamophilie (FQD). 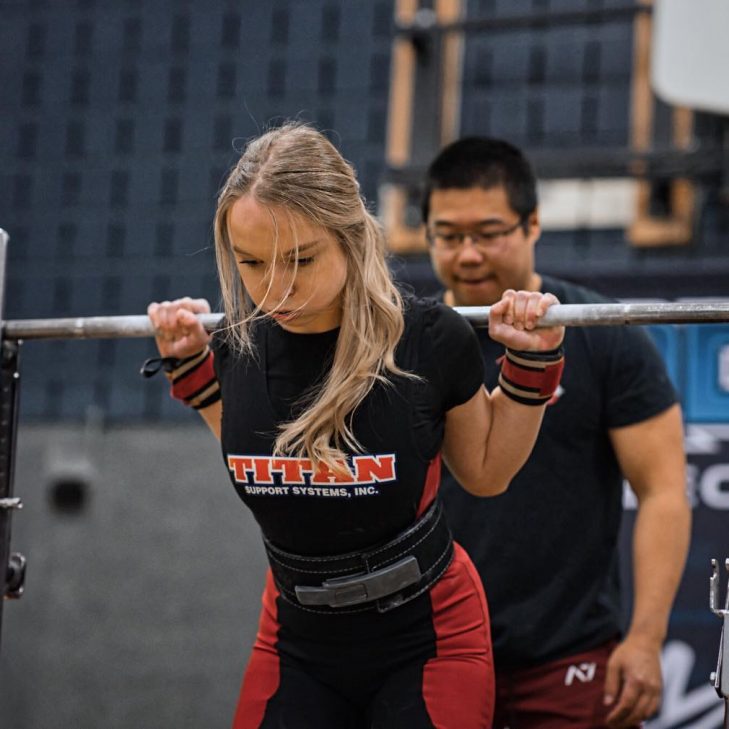 As a weightlifter, I am often asked what my workouts look like. Since the year is divided into training phases with different goals, my training is very different if I am close to competing or not. However, the principle remains the same: you want to build muscle (the inflation phase) and then make that new muscle strong when you lift competition (the strength phase). So no, I don't exclusively do the "bench squat deadlift" as you might think (even if they're still part of my training).

Then there is the competition. How does it look? Athletes are divided by gender, age, and weight. So there is a weighing done two hours before the competition which will determine the weight class of the athlete. The first lift is the squat, followed by the bench press and the deadlift, in which 3 attempts are allowed to do the largest load possible. Two judges and a referee analyze the surveys according to pre-set competition criteria. The total of the best squats, bench press and deadlift exercises will determine your placement in the rankings compared to the athletes in your category.

This is all well and good, but why did you decide to practice weightlifting? Everyone has their own answer to this question, so I will give you my answer. A little over a year ago, I discovered weightlifting and saw it as a great way to set goals and give meaning to regular strength training in the gym. For once, the goal is no longer to change my body through training, but to become as strong as I can and see how far I can push my body. With two competitions now under my belt, I am currently preparing for the Provincial Championships next November and the Canadian Championships in March 2021.

Don't want to become a weightlifter? You still have to develop your strength! You should know that aggressively, we are working out the muscles as well as the nervous system. The development of the nervous system through force makes it possible to recruit a greater number of muscle fibers and thus increase the use of muscles during exertion. There is also an improvement in the synchronization of the fibers in the muscles and the muscles between them. Strength can be worked on with the goal of

developing (explosive) strength without mass gain (unless combined with an inflation program). In short, by developing your strength, you can use your body to its full potential. You may already be working on your cardiovascular capacity and your muscles through strength training, but strength exercises add a thread to your arch by turning on your nervous system. Many other benefits can be

added to the list such as the production of some beneficial hormones, the prevention of falls in the elderly and even the management of many chronic diseases. Strength is the big forgotten thing but if you are well supervised by the world of movement, it is safe and profitable to become stronger.