Ashwagandha and its valuable properties. Why is it preferred to use it?

Ashwagandha and its valuable properties. Why is it preferred to use it?

Ashwagandha (Withania somnifera) has been used in Indian medicine for thousands of years and has a number of interesting properties that have been proven in scientific research. Find out how it works and what to choose when buying an ashwagandha extract supplement. 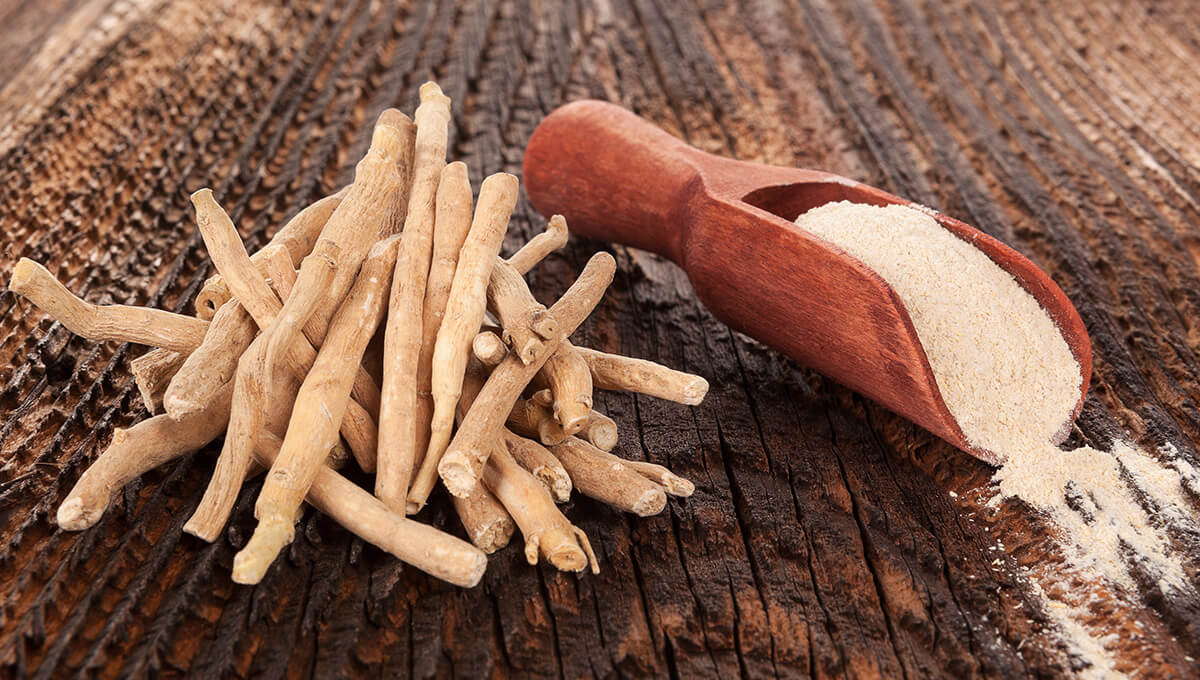 5. Ashwagandha and tolerance of the respiratory and circulatory system

Ashwagandha - what is it?

Ashwagandha (Withania somnifera) is an adaptogenic substance that has a beneficial effect on the immune, nervous, reproductive and cognitive processes as well as improving mood. It also has antioxidant properties. The raw materials here are the powder of roots and leaves, and the active compounds, Vitanolides, which act among other antimicrobials and anticancers.

Ashwagandha supplementation is especially recommended for people who are prone to stress, those with weak immunity and those who suffer from fatigue. Preparations with ashwagandha provide valuable support for learning and memory processes and promote the maintenance of vitality and mental health in the elderly.

Ashwagandha is also recommended for physically active people, whether amateur or professional athletes, who want to maintain their physical abilities and rejuvenate their body more effectively after intense training.

As studies show, ashwagandha extract has a beneficial effect in reducing stress and cortisol (the stress hormone) 1 . The study consisted of supplementing with 300 mg of ashwagandha extract twice daily for 60 days. After 60 days, a decrease in stress intensity (up to 44%!) was seen in people who used it.

Furthermore, in the case of cortisol, a study of two groups of people whose stress hormone levels were initially comparable showed that after 60 days of supplementing with the aforementioned extract, serum cortisol levels increased by 27.9%, while in the placebo group Only 7.9%.

It turns out that ashwagandha extract has a positive effect on the hormonal appearance of men. According to 2 studies, for 90 days, three times a day, volunteers were given the extract (total 675 mg), and hormone levels improved, including a 17% increase in testosterone and 34% in luteinizing hormone (LH). ) responsible for the activity of male hormone-producing cells.

It is important that in the group of people who used ashwagandha extract, there was an increase in:

On the other hand, in the placebo group, the increase in the above characteristics was slight.

Ashwagandha extract should be used by athletes. Research has shown that it increases lean muscle mass and has a positive effect on faster recovery after physical exercise.

This was confirmed by a study 3 of 50 men who received 300 mg of ashwagandha extract twice daily for 8 weeks. Supplementation led to a significant increase in strength and muscle size and a reduction in fat in the subjects. In addition, it had a positive effect on regeneration due to a decrease in the concentration of creatine kinase (CK) in the blood - an enzyme found in muscles.

Ashwagandha and respiratory and circulatory tolerance

Another study4 showed that ashwagandha extract enhances respiratory and circulatory endurance. 50 athletes Maximum oxygen uptake per minute was measured, and 300 mg of the extract was administered twice daily for 12 weeks. After 8 weeks we could see a difference of 3.49% compared to the placebo group. After 12 weeks, the difference in favor of the study group taking the extract was 3.81%.

This is not all. Using ashwagandha extract in your daily diet helps increase muscle strength, which is important for athletes and people who are working on building their own body. In Study 5 for 8 weeks, 300 mg of the extract was given twice daily to a group of men aged 18 to 50 who were exercising, resulting in increased muscle strength. This increase is observed on the example of two exercises: bench press on a bench from a bar with maximum weight and straightening of the legs on the machine in a seated position.

As you can see, ashwagandha is an excellent adaptogen with a number of positive properties for our body. No wonder, then, that supplements containing ashwagandha extract are popular with many people, including athletes who care about their body shape and athletic performance.

What should I consider when choosing a specific supplement that contains ashwagandha? First of all, the content of vitanolides, that is, the listed active compounds, should be taken into account. Therefore, products containing ashwagandha extract standardized to 5% phytanolides content are recommended.

One of them is the dietary supplement of the Olimp Sport Nutrition brand - Ashwagandha 600 Sport Edition in capsules. All of them contain a patented extract of ashwagandha (KSM-66) with a higher concentration of active substances, thanks to the preparation:

A box of Ashwagandha 600 Sport Edition contains 60 easy-to-swallow capsules. These are the 30 servings suggested by the manufacturer, which should be taken with plenty of water during the meal.