The effect of alcohol on muscle growth 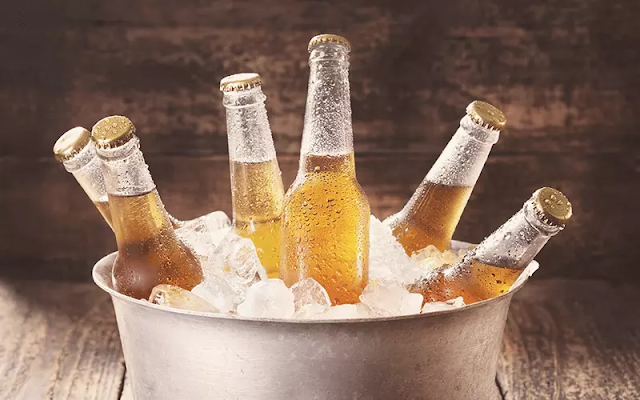 Evidence that alcohol is good for your health is scarce and controversial. Some swear by drinking a post-workout beer for

electrolytes (although non-alcoholic beer is probably more effective), while others enjoy unwrapping a bottle of red and celebrating heart health. But as far as athletes are concerned, alcohol will rather sabotage their goals of gaining strength and mass gain. This is what science says.

The pathways by which alcohol prevents muscle growth and repair are complex. Simply put, the effects of alcohol and muscle building on the body are contradictory. "Muscle-building and ethanol (i.e.

alcohol) have opposing effects on testosterone concentrations in the body and on the bioavailability of this testosterone," say Italian and British researchers. “Ethanol can alter the function of glands that release hormones and target tissues, leading to medical

consequences. Basically, when you exercise, the body knows to do some repair work (this is what allows muscles to grow and get stronger), and this process helps new cells grow. And repair damaged cells.Alcohol prevents this process, so that sports efforts do not bring the desired results.

This is an example. In a lab study using human muscle cells soaked in ethanol (i.e. alcohol), researchers observed a 15-20% decrease in core protein synthesis (growth muscle) after a full day. When these

same muscle cells were incubated with both alcohol and insulin-like growth factor, which mimics the mixture of hormones that muscles use for growth, cell growth was altered by 30–60% depending on the dose. This was revealed in an article published in Alcoholism:

But even less alcohol can prevent you from achieving your goals. Take, for example, a study conducted at Massey University in New Zealand: researchers asked 11 healthy volunteers to do 300

quadriceps exercises on one leg, then gave them a drink of a screwdriver (i.e., a mixture of vodka and orange juice). After 36 and 60 hours, they repeated the same exercises on the same leg, while the researchers checked their performance. At another time, the

volunteers performed the same exercises on the other leg, but this time they were given orange juice on their own, after a first set of heavy exercises. When participants drank alcohol, their loss of

maximum potency was much greater than when they simply drank orange juice. Which (unfortunately) means it's best to just grab a protein shake with friends after a Sunday training session!

Other effects of alcohol on the body

Drinking beer makes you feel thirstier. Alcohol is a diuretic, which means that it increases the number of times you urinate. Specifically, athletes who train do not want such dehydration. For endurance

sessions, especially when you plan to train for at least an hour, you really need to hydrate a lot. This was advised by an article from the University of Sherbrooke, Canada. It is also best to abstain from drinking alcohol a few days before running or any other prolonged sports effort.

In parallel with alcohol, there is also food served in bars ... People who are accustomed to eating salad and grilled chicken tend to throw themselves on fatty foods after a few drinks. There is even an

English term for this phenomenon: "drunk". Scientists have struggled to understand this appetite, knowing that alcohol is indeed high in calories, but the part of the brain activated by hunger appears

to make you want to eat that wakes up when the body is exposed to alcohol (that is, when you are exposed to alcohol drink it), according to a study published in Nature Communications . And even when we eat, this brain signal, which comes from AgRP neurons, doesn't necessarily turn off.

Drinking alcohol increases cortisol levels in the blood. The stress hormone that the body naturally produces is necessary to signal the body in dangerous situations. But long-term exposure to cortisol is

bad for your health, as it can lead to anxiety, high blood pressure, and inflammation. And things get even worse when alcohol gets involved... For every glass of alcohol consumed per week, cortisol

levels increase by 3% in men. Similarly, in women who usually drink a lot of alcohol, cortisol levels are much higher, according to research published in The Journal of Clinical Endocrinology & Metabolism.

Alcohol disrupts mental health. You may have already woken up after a night of drinking feeling really bad...not only from a hangover, but also on an emotional level, as if you were depressed.

Because, in a way, you... GABA, or gamma-aminobutyric acid, is a neurotransmitter that helps regulate the nervous system. It energizes

you when you're weak or a little sluggish, and calms you down when you're excited. Alcohol disrupts or depletes GABA production, so drinking can cause feelings of jitters, panic, fear, and general fatigue the next day.