The benefits of chestnut "Abu Farwa" for the diet 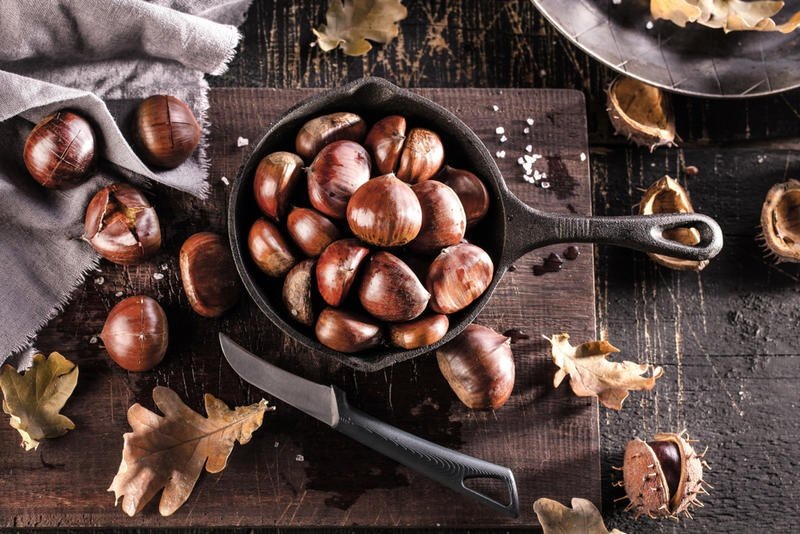 The benefits of chestnuts, the chestnut "Abu Farwa" tops the list of nuts rich in fiber, proteins and unsaturated fats useful for the diet.

Chestnuts are also considered one of the nutrients that contain a high percentage of vitamins "A, B, and C", minerals "calcium, potassium, zinc", and a strong source of antioxidants, folic acid, which is useful for that.

We will inform you, dear, about the benefits of chestnut “Abu Farwa” for the diet, through the nutritionist, Dr. Bassem Shawky, at

Al-Khalidiya clinics in Jeddah, so that you can benefit from its nutritional components to lose weight without suffering.

Chestnut "Abu Farwa" for the diet

According to what Dr. Bassem said, “Abu Farwa” chestnut is a healthy food that helps curb appetite for long periods, as various

studies have proven its ability to lose weight if eaten as snacks within the healthy diet followed according to the nature of the body and its health condition.

The benefits of chestnut "Abu Farwa" for the diet

Dr. Bassem explained that eating chestnuts "Abu Farwa" 3 times between the main meals in specific quantities that do not exceed 5

grains during the healthy diet followed, achieves several benefits, the most important of which are

Chestnut provides the body with useful nutrients during weight loss.

Chestnut provides the body with useful calories during the diet.

Chestnut "Abu Farwa" protects the body from constipation during dieting.

Chestnut contains a high percentage of fatty acids, especially oleic and palmitoleic acids, which are useful for metabolism and healthy weight loss.

Chestnut "Abu Farwa" contributes to supplying the body with the necessary energy before exercising the body to lose weight.

How to eat chestnuts "Abu Farwa" to lose weight

Dr. Bassem advised eating roasted and roasted “Abu Farwa” chestnuts in the oven during a healthy diet, in moderate quantities as

a useful snack during weight loss, taking into account a lot of lukewarm water.

It is also preferable to eat chestnuts half an hour before exercising. In addition, you can add “Abu Farra” chestnuts to salad dishes that contain boiled legumes, tomatoes, watercress, celery, broccoli, spinach, with drops

of lemon juice, a teaspoon of olive oil and pieces of olive oil. Grilled chicken, as a healthy meal that can lose weight without suffering.

Finally, do not hesitate, dear, to take advantage of the benefits of chestnut "Abu Farwa" within your healthy diet specified by the specialist doctor according to the nature of your body and your health condition.