Effective exercises to get rid of cellulite 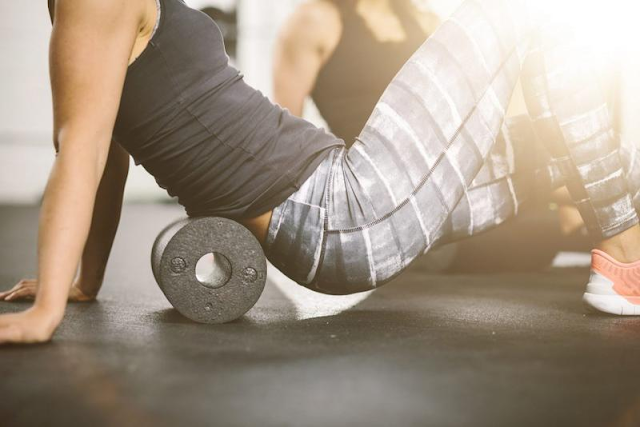 When cellulite appears in the buttocks, thighs, abdomen and arms area in an annoying way, women usually resort to cosmetic

centers, laser treatments and preparations that cost thousands of dollars without giving them satisfactory and guaranteed results.

Therefore, effective exercise remains the best, safe and effective treatment for getting rid of cellulite, which affects more women than men, regardless of their age or weight.

Causes of the appearance of cellulite

Cellulite appears when the fatty pockets under the skin are congested, which accumulate and accumulate under the upper skin

layer as a result of the enlargement of its filling with fatty or fluids, and the smooth skin shape turns into wrinkled bumps.

Most women suffer from cellulite more than men because of the estrogen hormone present in women, which leads to the accumulation of fat, especially in the thighs, hips and butt in an

annoying manner, and the retention of fluids throughout the body and the drying of the fibers surrounding the fat cells, which becomes

thick and tough, without forgetting the factors Other factors that enhance the emergence of this problem, such as age and genetic factors.

Effective exercises to get rid of cellulite

So, exercise is the best natural, safe and effective treatment to get rid of cellulite and fat.

Dear try these exercises at home, and share your personal experience in combating cellulite.

Try to do these movements the right way for 20 minutes 3 times a week with 30 minutes of cardio and you will feel the difference after weeks. 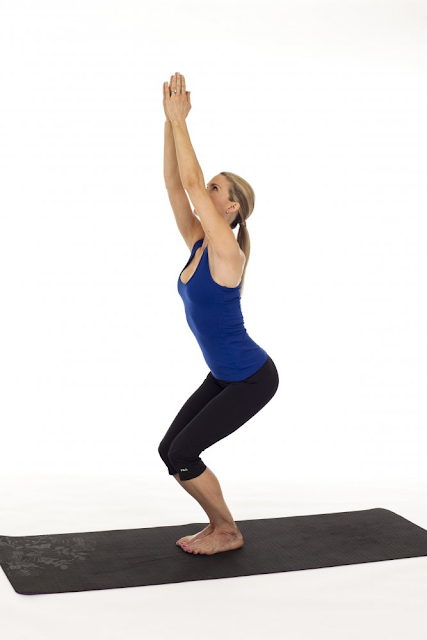 Stand straight and bring your legs together and then go down a little and turn your butt back, bend your knees as if you want to sit on a chair and open your arms and extend them up above your head as in the picture.

Keeping the lowered position as in the first exercise, lower your hands and keep them bent in front of your eyes and put them like the

figure in the picture. As for the legs, raise the right foot to rest behind the left leg on the ground. 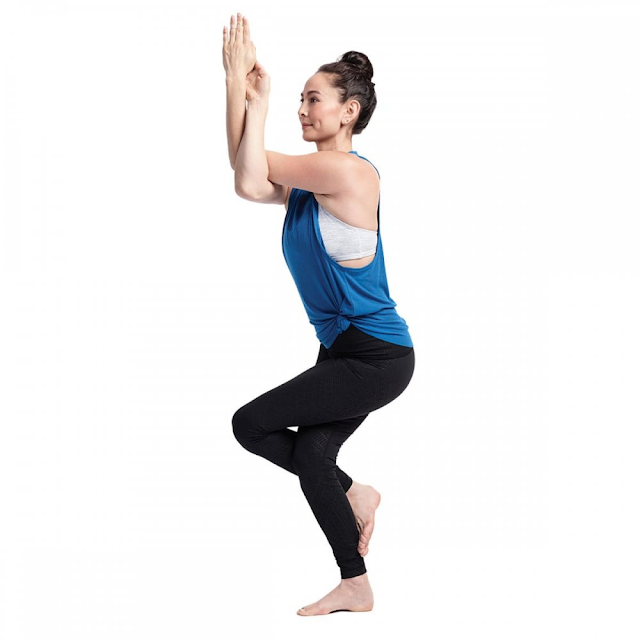 the side, then bend it again and raise it slightly at the same angle. Repeat the exercise several times for the second leg as well. 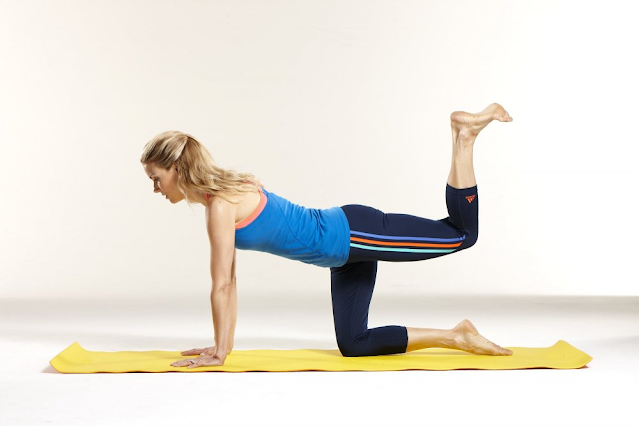 your buttocks until they form a straight line with your entire body and press on them and then come back and lower them again and repeat the exercise several times . Stand straight and bring your feet together, lower your head to the heel of the foot and wrap your hands under the feet as in the picture. 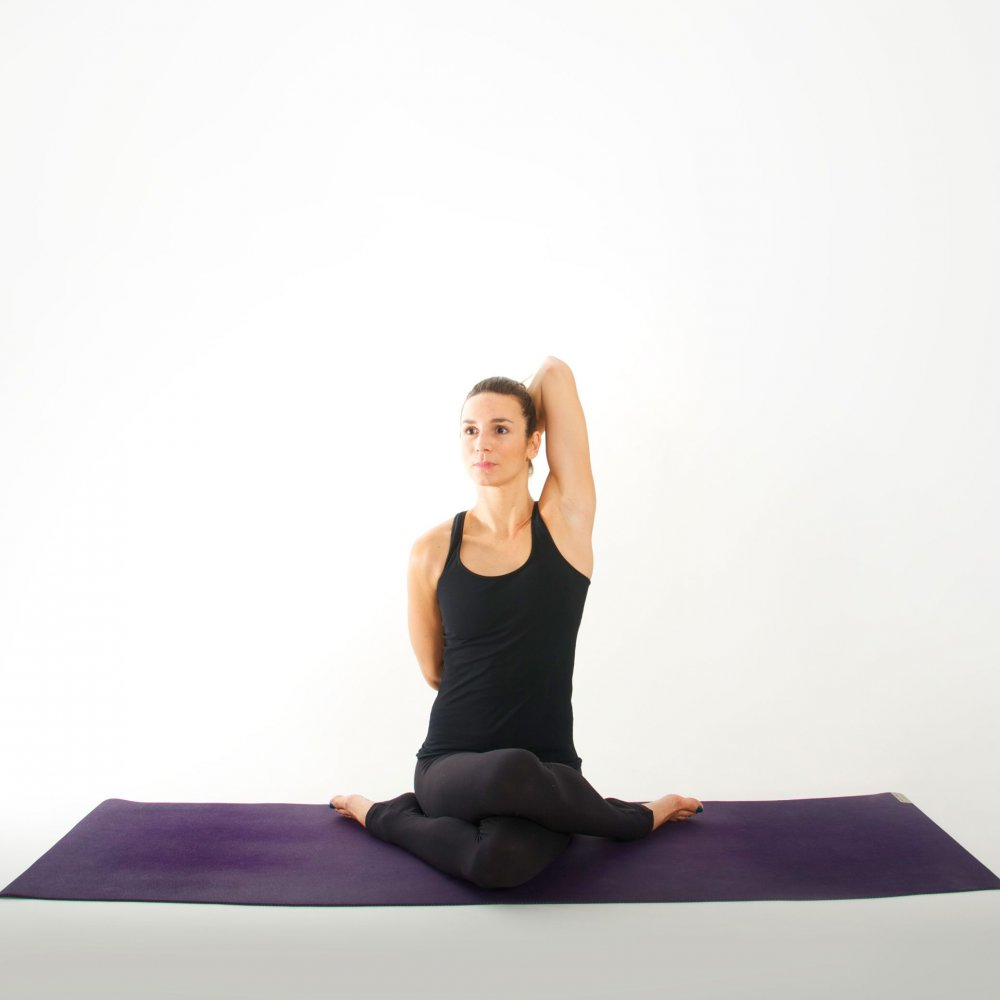 Sit on the ground in a squatting position, feet on top of the other, pull them back according to your abilities, open your arms in front of you and hold the ends of the feet.

Stand on one leg as in the picture, raise the right or left foot back, bend it and raise and lower it several times while maintaining a stable position and straight back.

Slowly lower down and fix one leg on the floor and raise the other in the air, extending your arms back to maintain balance and keep the straight line of the body as in the picture. 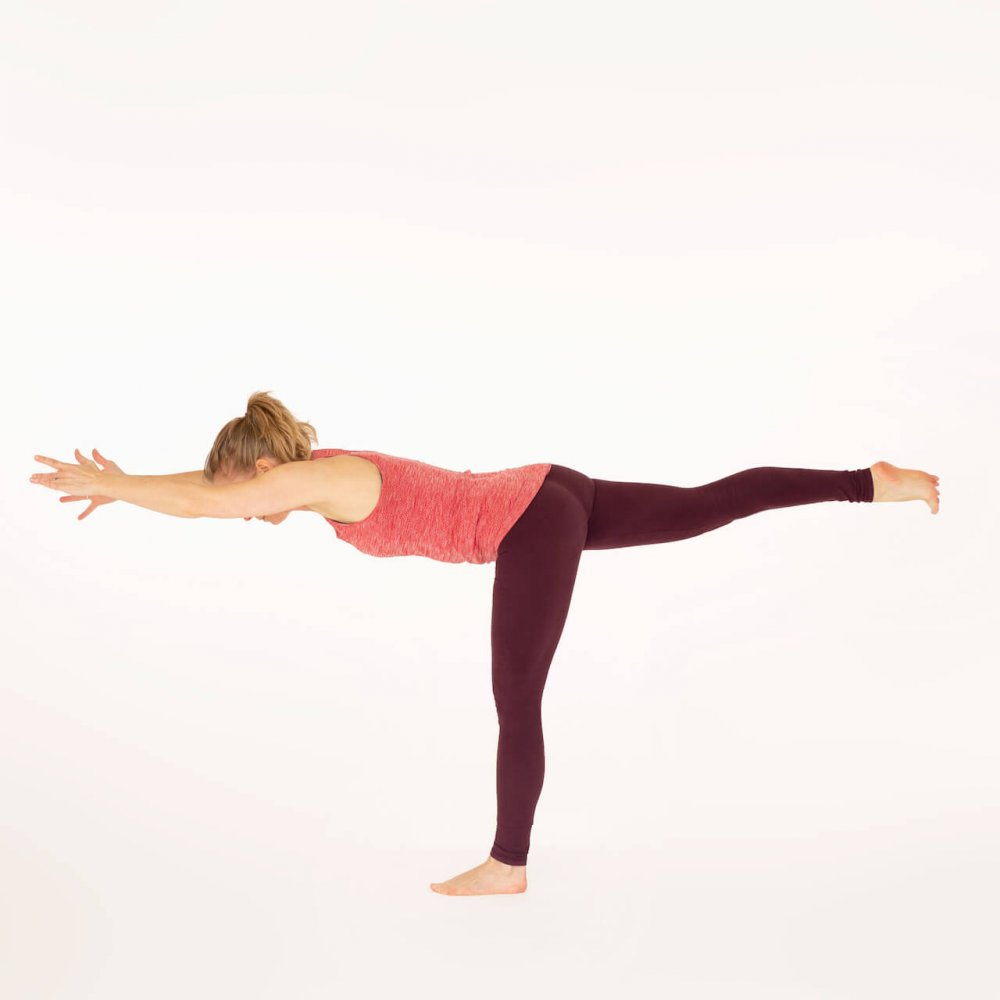