Urgent warning to women about this act during exercise: it deprives you of pregnancy and childbearing 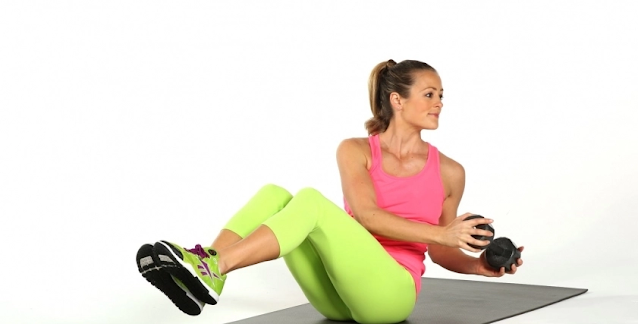 Exercising in the gyms is something many girls get used to, especially those who are looking for a slim figure, reach the appropriate weight, and a distinguished athletic body, but far from

the ideal body that is the dream of girls, there are those who want to build muscles to compete with men and become champions of perfection. The bodies, which prompt them to follow many things

and steps to reach the required muscles faster and without long effort, without considering the health problems that you may face if you follow the wrong steps.

Actions that prevent you from getting pregnant while exercising

One of the most prominent ways girls follow to build muscle is to take muscle-stimulating hormones, which are the male hormones

“testosterone”, which is the main hormone in males for the growth of sexual characteristics and enhance fertility, and helps in increasing muscle and bone mass and the growth of body hair.

Captain Ayman Al-Sarky, a fitness trainer, warned of this dangerous matter, stressing that relying on these hormones completely reduces the female hormone "estrogen", which is responsible for female

fertility and enhancing female characteristics. "The muscles in this way replace female hormones with male hormones."

"Of course, there is no fertility, and the rate of pregnancy and childbearing is zero," Al-Sarki added, during his interview with Al-Watan in a live broadcast.

Exercises for men suitable for women

The fitness trainer referred to some exercises that are suitable for both sexes, such as carrying weights, but they differ according to the nature, composition and shape of the body, as well as squat exercises

that strengthen and build the muscles of the feet for men, but determine the appearance of the women's body and make it more feminine and attractive.

A gynecologist explains the dangers of male hormones

In this regard, Dr. Amr Abbasi stressed that male hormones have catastrophic risks for women, hindering them from having children, and causing delays in pregnancy for very long periods.

The gynecologist indicated to «Hun» that the matter causes many other problems, namely:

The emergence of masculine symptoms, such as changing the tone of the images to become more coarse.

The appearance of acne