Including the wall push-up..Exercises that help burn arm fat 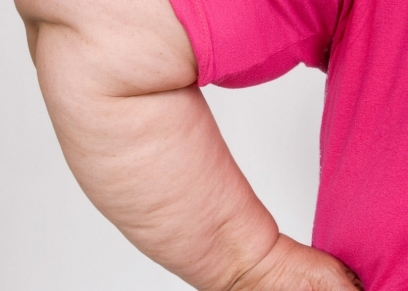 Some women suffer from flabby arms, due to several reasons, including increased fat in this area, hormonal changes, lack of exercise, and other reasons, and there are exercises that help burn arm muscle fat.

Frontal weightlifting mainly targets the front of the shoulders.

The triceps is an upper body strengthening exercise that targets muscles such as the triceps, pectorals and rhomboids in the back.

Extension of the upper triceps

The triceps extension with dumbbells targets the back of the upper arm. Targeting this muscle group helps tone and strengthen the arms.

The push-up is a bodyweight exercise but works all the major muscles in the body, including the arms. It works the triceps muscle and can help eliminate arm cramps.

It is normal for the hands to sag with age, as fat tissue weakens and muscle mass decreases, as well as the ability to burn fat, and thus become more prone to sagging.

Also, in different stages of life, it can lead to sagging hands, because the metabolism process is disturbed, and the chances of weight gain and the appearance of obesity and flabbiness increase.

It is one of the main reasons for the appearance of flabbiness in various parts of the body, accumulating fat and appearing unpleasant.

With a lack of exercise and a healthy diet to lose weight, sagging skin occurs in various areas of the body.