Saddlebags is a more common term for a sunken hip in the area that separates the upper and lower half of the body, also known as the saddlebags, dimples of the buttocks or the recessed hip.

Some women do not care about this gap, while others see it as a defect in the shape of the body, so they want to get rid of the sleeping muscle or reduce its appearance.

Before knowing the available methods for that, what are the reasons for the appearance of the sleeping muscle?

Causes of a sleepy muscle

• Changes in the body's hormones.

• Not consuming copious amounts of water.

• Accumulation of toxins in the body.

• Sitting in the wrong position.

To get rid of the dormant muscle without surgery, some steps must be taken, as follows:

To get rid of the sleeping muscle quickly, it is recommended to follow a healthy diet based on choosing foods that include types of useful and healthy carbohydrates, preferably complex carbohydrates

that contain fiber, such as oats, quinoa, brown rice and whole wheat products and not simple carbohydrates, such as white flour products, sweets and others.

In addition, a healthy diet to get rid of the sleeping muscle calls for eating vegetables and fruits, which are rich in nutrients, such as vitamins and minerals, and at the same time, they are low in calories.

This does not mean abstaining from fats, but rather choosing healthy fats in small quantities, such as nuts, avocado, oil olives and fish and stop eating processed foods and fast food. It is also recommended to count the calories in each meal.

Drinking a lot of water helps to get rid of the sleeping muscle, which is equivalent to 3 liters per day, as keeping the body hydrated helps to lose weight, increase the metabolic rate and burn fat.

Practicing some types of exercise, specifically cardio, helps to activate the sleeping muscle and get rid of fat in the outer area of ​​the hip and thighs: 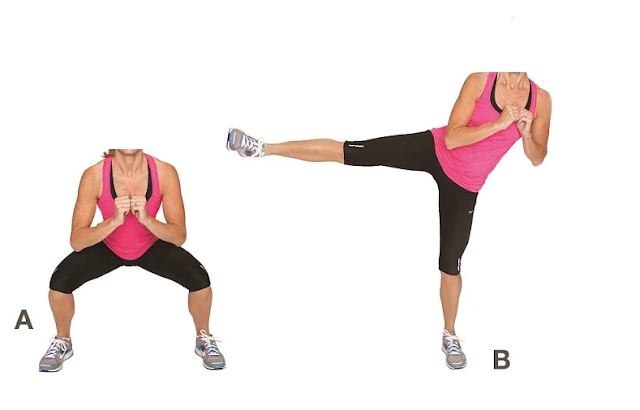 Or what is known as the Side Kick Exercise, it is practiced by doing the following steps:

• Stand straight with the palms together in front of the chest.

• Raise one foot as sideways as possible, then lower it gradually until it touches the ground.

• Repeat the exercise with each foot 12 times. 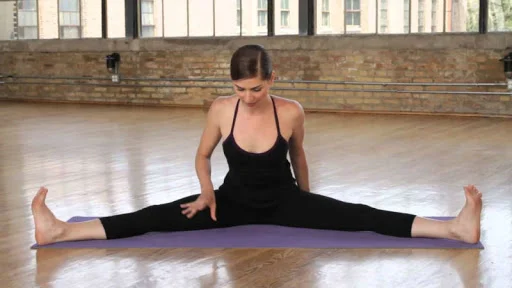 • He descends with the whole body to the ground, resting on the palms and knees, in a cat-like position.

• Raise one foot sideways, keeping the knee bent at a 90-degree angle.

• Lower the foot to return to the original position.

• Repeat the exercise with each foot 10 consecutive times.

The squat exercise is known as the squats 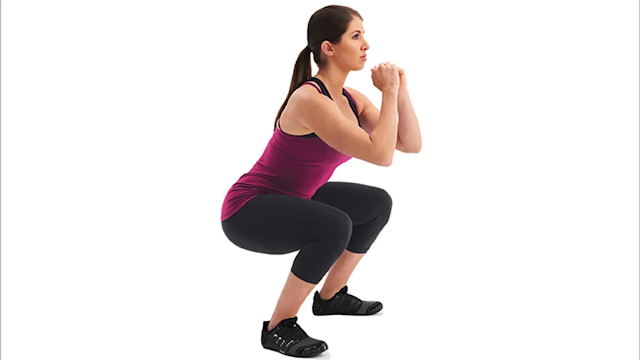 • Stand with feet spaced equal to the distance between the shoulders.

• Lowers the body as if intended to sit on a chair, trying as much as possible that the knees do not exceed the level of the toes during landing.

• Then return to standing straight. 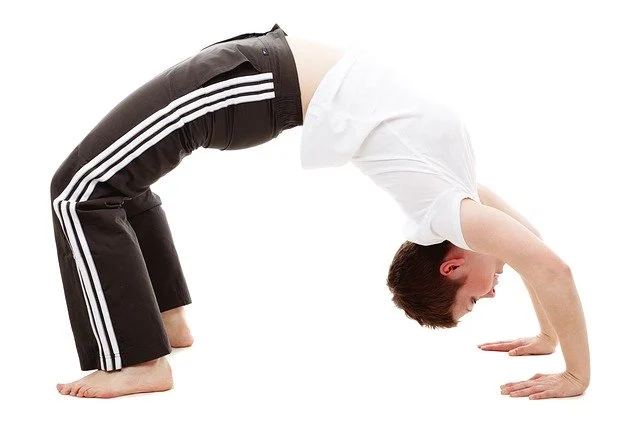 • Lie on the back and then extend the hands to the sides with the knees bent.

• The feet are slightly apart so that the distance between them is equivalent to the width of the pelvis.

• Gradually raise the pelvis up, then gradually return to the ground as well.